It is one of the world’s biggest health threats. Now a small Norwegian company may have found a super weapon in the fight against antimicrobial-resistant bacteria.

Following successful animal experiments, it should be tested whether inhalation of particles can treat COVID-19 in humans. 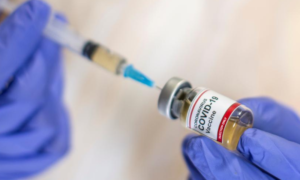 In the spring – perhaps already in March – a treatment for COVID-19 developed by Danish researchers can be tested on humans.

This is stated by the University of Copenhagen in a press release.

The treatment takes place by inhaling particles that kill viruses and bacteria. It has now been shown to be safe in animals.

Behind the treatment are the two researchers postdoc Elin Jørgensen and Professor Thomas Bjarnsholt from the University of Copenhagen.

– It is a big day for us, they state in the announcement.

The treatment has previously shown that it can fight coronavirus in the laboratory. Now it has also proven safe in pigs.

The inhaled particles give the immune system a hand in fighting respiratory infections.

– The ambition is that it should also be able to fight other infections such as pneumonia, influenza and tuberculosis.

– All three are diseases that millions of people die of every year worldwide, the two researchers say.

The work has been carried out in collaboration with the Norwegian company SoftOx, which owns the patent for the treatment technology.

It is the Norwegians who now want to test the treatment in humans.

Phase one in March

The idea started in the laboratory of Thomas Bjarnsholt, who will be associated with the Norwegian company SoftOx Solutions as a scientific consultant.

– The idea for the treatment comes from our previous research, where we explored the ability of acid solutions to fight infections in wounds, he says.

When the COVID-19 pandemic hit, it struck him that the technology might be able to be used here as well. And so it has proven to be safe – at least in the laboratory and in pigs.

– If everything goes as it should, it could potentially be in March, you start phase one, where you have to show that the treatment is safe in humans, says the Professor.

When medicine is developed, it must go through three test phases in humans where the number of test subjects is gradually increased.

The work usually takes many years before it can be approved and sold. During the COVID-19 pandemic, however, the process for, among other things, companies behind possible corona vaccines has been fast-tracked. Companies have been allowed to submit test data on an ongoing basis, instead of only submitting when all the data is available. It has helped to speed up the process.

In Europe – and therefore in Denmark – it is the European Medicines Agency (EMA) that must approve new medicines.

Read the whole article on nyheder.tv2.dk